They are simple rules, but they’re absolutely correct. Reading this made me reflect back to the early start-up days of one of our companies. It was a time of a very steep learning curve and a time where I learned a lot about business and about myself.

We had started a manufacturing company in an industry in which we were not known and we had no experience. So saying that we had a steep learning curve is an understatement. It seemed like we were running into brick wall after brick wall in every area of the business.

I was the one who knew the product and understood the manufacturing process. So that’s where my focus was. I was setting up the manufacturing and getting it right so that we were producing the quality product we were aiming for. While I was focused on this area of the business I had hired someone else to work as our salesman with the direction of establishing a distribution network to sell our product through.

As I was watching things come together in the business, we were making huge strides on the production side but very little was happening on the sales side. By this point I was hoping to have our distribution channels established but we didn’t. We had a few people who were interested in becoming dealers for us, but we had no firm commitments.

At this point, establishing our dealer network (i.e. sales) jumped to the top of my priority list and I decided to take it on myself. I put all of my samples and marketing materials together and hit the road.

We were producing a product with an unknown brand in an industry with some very well known competitor companies. There were many unknowns as I headed out on my sales trips.

What it really came down to was that I had a Fear of Rejection.

I clearly remember sitting in the parking lot of a company that I thought could be a potential distributor for us. It was my first attempt at finding a new distributor.  I was frozen with fear. I had my samples with me. I had my marketing materials. But I did not want to get out of my truck, walk into the business and ask to speak to someone about our product. The anxiety caused by my fear of rejection was enormous.

As I was sitting behind my steering wheel of my truck I remember thinking about a book that I had recently read. The book was The Aladdin Factor by Jack Canfield and Mark Victor Hansen. The book is all about teaching you the power of how to ask for what you want.

I remembered a specific section that talked about the fear of rejection, which read:

“…when you find yourself afraid to ask or afraid to take action, stop and take a deep breath. Then rationally ask yourself, “What is the worst thing that could happen? Is it really that bad? Can I survive it?” If you think you can, and what you want is important, then go for it.”

If you are rejected… “Realize you haven’t really lost anything. Remember that the rejection is really an illusion. Consider this: If I ask Janet to go to dinner with me and she says no, I didn’t have anyone to eat dinner with before I asked her, and I don’t have anyone to eat dinner with after I asked her. I did’t really lose anything. I didn’t have it before and I don’t have it now. There was no real loss. It didn’t get worse. It stayed the same.

If I apply to Harvard and I don’t get in, I wasn’t in Harvard before I applied, and I am not in after I applied. It didn’t get worse. It stayed the same. Since I am already handling that – not having dinner with Janet or not being a student at Harvard – what’s the big deal? I know I can cope with that reality because that already is my current reality and I am just fine.”

“What I point out to people is that it’s silly to be afraid that you’re not going to get what you want if you ask. Because you are already not getting what you want. They always laugh about that because they realize it’s so true. Without asking you already have failed, you already have nothing. What are you afraid of? You’re afraid of getting what you already have! It’s ridiculous! Who cares if you don’t get it when you ask for it, because, before you ask for it, you don’t have it anyway. So there’s really nothing to be afraid of.”

If they kick me out because I showed up unexpected. If they don’t like my product. If, for any number of reasons, they do not want to be one of our distributors I told myself that I’d be ok. Because they are not one of our distributors now, they’ve never met me before. So if they reject me, what’s changed? They’re still not a distributor, they still don’t know me. Nothing has changed. Can I survive if that happens? I shut the truck off and went in.

Fortunately I don’t have to tell you about how I was rejected and kicked out of the building. Rather, this particular operation turned into a distributor for us and still sells our product today, 14 years later.  But what this single experience did for me, was that it put me in the right mindset as I approached more and more potential distributors in the coming days and years.

I did have a number of “no’s” after this first attempt and I survived. But I also had a number of “yes’s” which helped us establish a great dealer network to sell our product. This was a great learning and growing experience for me that helped me as I established our sales network, but it was more than just that. It has helped me in a number of other situations, businesses and relationships since then. The fact that 14 years after this happened I still recall the story quite often shows the impact it has had on me.

In the words of W. Clement Stone, “If there is something to gain and nothing to lose by asking, by all means ask!”

Get Your FREE E-Book!

45 Minute Business Breakthroughs: How I Find $10K In Any Business in 45 Minutes 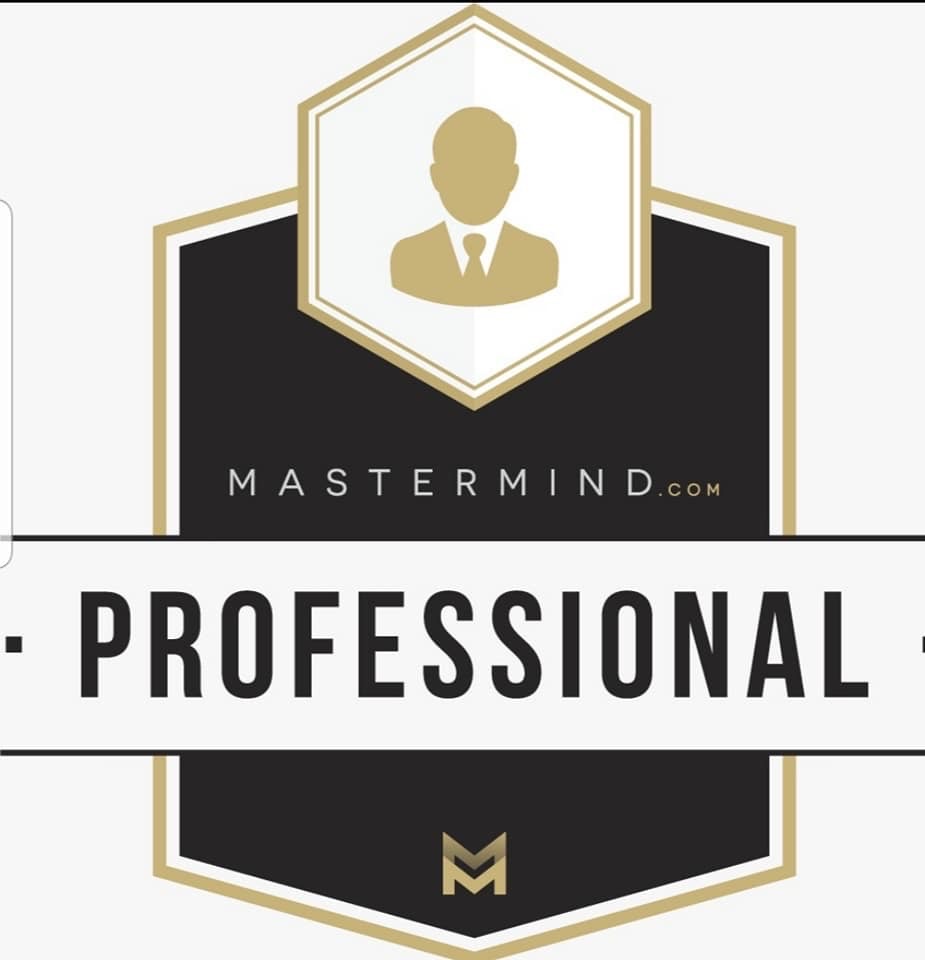 Is Your Business Struggling, Stuck Or Simply Not Growing As Fast As You Would Like?

Earl Nightingale’s, The Strangest Secret, was one of my first personal development audio books I ever listened to. I loved the things he taught and listened to it hundreds of times. What was your first introduction to personal development and self-education? ---------- #EntrepreneurNextDoor #KnowledgeBroker #Mastermind #MarketingStategist #BusinessCoach ----------
The level of competition amongst individuals & companies is at an all-time high. In a world that is changing so fast, how do you keep up? How do you get ahead? You absolutely have to continue learning & gaining knowledge, it’s critical. If you don't continue to learn you will fall behind & you become less relevant. “If you don’t like change, you’re going to like irrelevance even less.” Eric Shinseki It doesn’t matter if you graduated with a degree at the top of your class or you never went to college, continuous learning isn’t an option, it’s an absolute must. I recently heard Stephen M.R. Covey say, “For years people have recognized the value of a four-year degree. But to be relevant in today’s economy you really need a 40-year degree. In other words, you need to be engaged in life long learning.” Napoleon Hill said, “The person who stops studying merely because he has finished school is forever hopelessly doomed to mediocrity, no matter what may be his calling. The way of success is the way of continuous pursuit of knowledge.” Recognizing the value and importance of self-education in today’s world, Tony Robbins and Dean Graziosi developed a program called the Knowledge Business Blueprint, or KBB (Note: DM me for information on KBB 2.0 being released in February 2020). @tonyrobbins and Dean both attribute the power of self-education as their pathway out of their circumstances they were in growing up, to where they are now. As things continue to change and advance in our world at a dizzying pace along with the competition for customers and the competition for positions within businesses, we all have to be finding ways to earn our spot. Success does not guarantee success in the future. Do what you need to do to stay relevant. Do what you need to do to stay ahead of your competition, because if you are not, they are doing what they need to do to get ahead of you, and they will do it. If you want to find out how we can help you and/or your business to stay relevant and beat your competition take our E-Learning Marketing System GUIDED TOUR. You can also explore other opportunities such as our Inner Circle Mastermind and One-on-One Coaching. LINKS IN BIO
You can talk about your plans as much as you want, but nothing happens until you do something!⁠ ⁠ ----------⁠ #EntrepreneurNextDoor #KnowledgeBroker #Mastermind #MarketingStategist #BusinessCoach⁠ ----------⁠ .⁠ .⁠ .⁠ .⁠ .⁠ .⁠ #ActionTaker #Creator #Create #solopreneur #businesspodcast #podcast #girlboss #entrepreneur #savvybusinessowner #womeninbusiness #creativepreneur #ladyboss #entrepreneurlife #smallbiz #mycreativebiz #smallbusiness #beingboss #femaleentrepreneur #bossbabe #bosslady #womenentrepreneurs #entrepreneurship #beyourownboss #mompreneur #smallbusinessowner